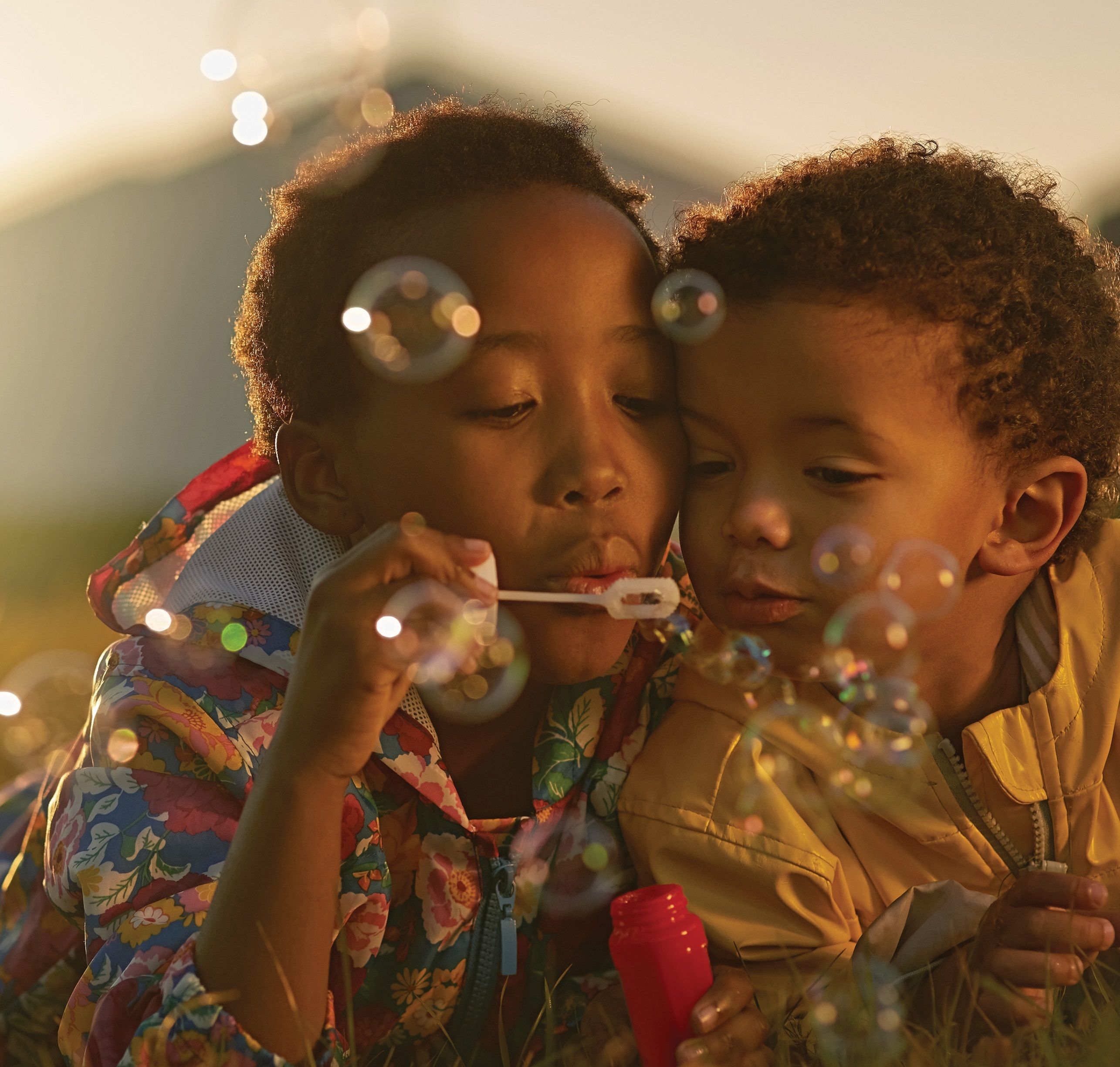 Siblings Zaniyah, age seven, and Zyel, age two, were removed from their parents and placed in the care of their maternal grandmother by the Division of Child Protection and Permanency (DCPP). Their mother, Dawn, had been arrested for selling cocaine, while the children were left home alone. Their father was incarcerated on criminal charges and serving a long sentence.

Susan, a CASA volunteer, was assigned to advocate for the two children, but she ended up helping the whole family. She learned that Zaniyah had severe behavioral issues, and observed possible developmental delays in Zyel. Further inquiry revealed that while Zaniyah was seeing a child psychologist, Zyel’s issues were not being addressed. Susan immediately contacted the Case Worker to recommend an Early Intervention Evaluation. As a result of Susan’s diligence, Zyel received a diagnosis of Sensory Perception Disorder.

Because of her CASA Advocate training, Susan knew that early intervention services were publicly funded. She was able to connect grandma with the appropriate services that included physical, occupational, and speech-language therapies for Zyel.

Attending all Treatment meetings, Susan sought to learn as much as possible about Sensory Perception Disorder. Zyel’s Occupational Therapist informed her that a compression shirt would be helpful in improving his body orientation. Knowing grandma had limited income, Susan first approached DCPP to pay for this shirt. They denied the request and it was not covered by Medicaid. With Zyel’s best interest in mind, Susan searched online and found an affordable option that CASA purchased for him.

While the children were set on a positive path, Susan saw through her visits at the home that raising two young children with special needs was a serious challenge for grandma. Susan arranged several extra- curricular activities to provide stimulation for the children and free time for grandma. A local library for a Polar Bear Express party, a Home Depot children’s craft day, and various local community playground outings, allowed grandma to sit back and watch while the children enjoyed experiences with other kids.

Looking to provide further relief, Susan looked into The Little Gym for Zyel and soccer lessons for Zaniyah. Susan put in a recommendation that DCPP fund these services. When this was only partially funded, CASA helped cover the balance. Both children were delighted with their new activities.

While Zaniyah and Zyel were making progress living with grandma, mom was complying with court orders to attend outpatient drug rehabilitation and parenting classes. From the beginning, Susan developed a positive relationship with Dawn, letting her know that her children loved her and they were rooting for her. As she progressed through her treatment, things were looking positive for Dawn to be reunified with her children, until she began a relationship with a new boyfriend who turned out to be very controlling. He stole money from her and did not allow her to have weekly visits with her children. Susan also noticed bruises on Dawn’s face.

Susan again got to work, providing Dawn with the contact for a Domestic Violence shelter. Over the next several months, they met weekly to plan for future reunification. To help Dawn restore control of her finances, Susan helped Dawn open a checking account and showed her how to create a budget. With Susan’s support and encouragement, Dawn began attending Narcotics Anonymous meetings, and found a sponsor.

Dawn even re-established a relationship with her mother. Susan was the one who convinced mother and daughter to enter counseling together for the best interest of the children.

After a long, difficult journey, this family is moving towards a positive outcome. It was through the CASA volunteer’s diligent efforts and effective advocacy in looking out for the best interests of the two children that resulted in a family’s reunification. They lived in domestic violence subsidized housing for nine months until they were able to afford their own apartment. The children spent weekends at their grandmother’s house, allowing Dawn to take on extra hours at her job as a taxi dispatcher.

Because of a dedicated CASA volunteer, a mom and her two children found their way to a better life.

A CASA volunteer helped to Change a Family’s Story.

It was through the CASA volunteer’s diligent efforts and effective advocacy in looking out for the best interests of the two children that resulted in a family’s reunification.