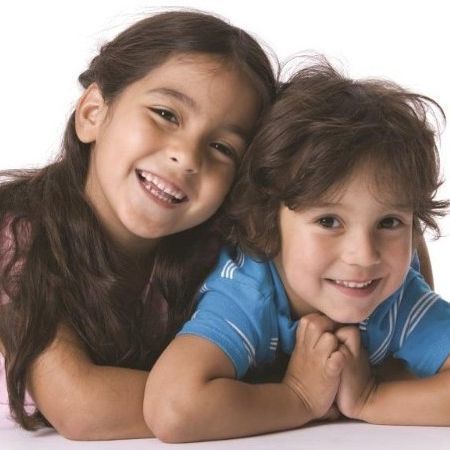 CASA volunteer Sharon visited two children who had recently been reunited with their birth mother, Martina. Sofia, age 8, and Marco, age 5, appeared to be delighted to be back with their mom in a new apartment, and the family showed great affection for each other.

Sofia and her baby brother Marco had been removed from their home after a violent incident, when a neighbor called 911. Their young mother, Martina, was hospitalized for depression and physical injuries, and their father was arrested. The children had been exposed to violence at home, watching their father attack their mother and spending numerous nights hiding in the closet.

CASA volunteer Sharon was assigned to be the children’s advocate. Sharon visited Sofia and Marco in a series of three foster homes. The first home did not have room for two children, and after sleeping together on a mattress on the floor, Sofia, age 5, and Marco, age 22 months, were sent to a second foster home. After the children spent six months in this home, the Division of Child Protection and Permanency (DCP&P) removed them due to unsafe living conditions. The conditions in both foster homes were reported to DCP&P by CASA volunteer Sharon, who was persistent in having the children moved.

In the third home, Sharon saw that the children were thriving with foster parents who voiced their desire to adopt them. However, Sharon knew how important maintaining a strong bond with a biological family is for children. She visited Martina in the hospital and connected her with an agency that would provide transitional housing. For over three years, Sharon was Martina’s source of support, providing guidance while she went through extensive therapy, filed for divorce and a restraining order, completed vocational training, found employment, and moved into her own apartment.

While Martina was complying with the court orders and rebuilding her life, Sofia was developing severe acting-out behaviors both in school and in her foster home. She cried each night for her mother and was refusing to eat. Sharon recommended a psychological evaluation, which determined that Sofia was suffering from post-traumatic stress disorder (PTSD), and therapy was initiated.

It was Sharon’s reports to the court recommending additional visits between Martina and her children that assisted the judge in allowing overnight stays to work toward reunification. Both Sofia and Marco had bonded with their foster parents, who loved and cared for them for almost three years. However, they also loved their mother, who provided their family history and culture.

Sharon was the catalyst to building an extended family that would provide what was in the best interests of Sofia and Marco. She met with the foster parents and helped them to understand that the children truly should be reunified with their mom, while at the same time continue to have loving foster parents in their life.

When Sharon visited Sofia and Marco in their new apartment, Martina was making tea in the kitchen while the children’s foster parents were reading to them in their bedroom. This new family dynamic has continued, and the children are thriving with three adults who love them. The foster parents assist Martina by babysitting when she is working nights, and they all celebrate holidays together.

For over three years, a CASA volunteer was the constant, stabilizing, supportive presence assisting in a family’s reunification and bringing together an extended “family” to love and protect children.