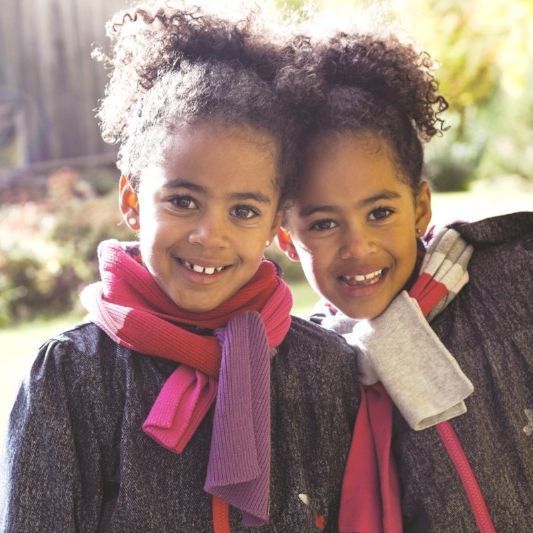 Eight- year- old twin girls Haylie and Naya were removed from their home due to their mother’s arrest for the possession and selling of cocaine and heroin. Their mother’s history included substance abuse and diagnosis of Depression and Bipolar Disorder.

The twins’ stepfather, Carlos, was designated as the caregiver while their mother was incarcerated. Subsequently, Carlos was arrested for driving while under the influence with the twins in the car. The twins were placed in a foster home, and Susan, a CASA volunteer, was assigned to be their advocate.

Both Haylie and Naya were diagnosed with Attention Deficit Hyperactivity Disorder and Obsessive Compulsive Disorder, and medications were prescribed. Susan visited the school and met with the teachers to assess the girls’ educational needs. When she was informed that the twins were exhibiting lethargic behaviors and were unable to focus, she immediately communicated with the psychiatrist; and the twins were taken off the medications.

After a year, the twins’ birth mother was released from jail and was complying with the court orders; however, she was not ready to be reunified with her daughters. Susan recommended to the Judge that the mother have additional time to work toward reunification, and the Judge granted a three-month extension.

After 20 months in foster care, the Court approved reunification of the girls with their mother. Knowing that successful reunifications are dependent on having resources in place for the family, Susan wasn’t finished with her advocacy. She was there to help this family navigate government agencies to get the resources they needed to thrive. Susan assisted the mother in filling out paperwork for financial assistance, food vouchers, and permanent housing. Susan researched and found additional financial assistance from community organizations and businesses. She even contacted the local gas company to ask them to waive the $500 security deposit required to turn on the gas in the family’s new apartment.
Susan solicited donations of furniture, linens, and household items and connected the family with a local food pantry. Susan assisted the mother in exploring employment opportunities and identifying employers who were willing to accept people who had been arrested. She coached the mother on how to dress appropriately and present for job interviews.

The new apartment location meant the girls would need to attend a new school. Susan facilitated a smooth transition by securing the necessary documents from the previous school district for submission to the new one and by meeting with the Child Study Team to review the girls’ educational plans. Susan even assisted the mother in enrolling Haylie and Naya in summer camp.

After a successful reunification, the Court dismissed the case, and Susan’s advocacy role ended. Several months later, the girls’ mother delivered a picture of her smiling daughters as a gift for their CASA volunteer who had worked tirelessly to help them stay together and succeed as a family.

A CASA volunteer can truly impact a family’s stability by providing them with a strong foundation to move forward and live independently.