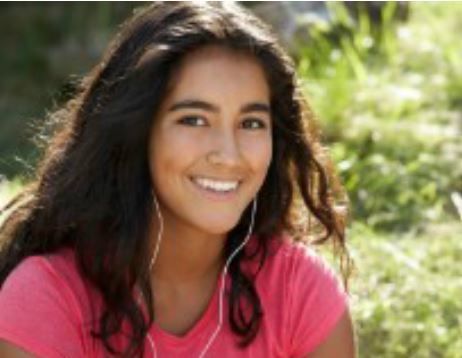 Anya lived a tumultuous childhood in the first few years of her life. At age five, her mother, Maria, escaped the domestic violence she suffered from Anya’s father and returned to live with her parents in her homeland of Spain. Anya had fond memories of living in Spain until she was 10 years old when her father traveled to Spain and convinced Maria to return to the United States with Anya and live with him once again.

The time Anya and her mother spent with Anya’s father was limited, and Anya’s memories of those times are unhappy. She recalls a history of physical, verbal, and emotional abuse between her father and mother. Her father left the family, and Anya did not have any contact with him until he was notified of her mother’s death.

Just before her 13th birthday, Anya found her mother unconscious in their apartment. She called 911, and her mother was pronounced dead at the hospital. The hospital officials notified the Division of Child Protection and Permanency (DCP&P), who arrived and took custody of Anya. There were no relatives living in the US, and Anya began a two-year period of living in various foster homes, spending several months in the Morris County Youth Shelter.

Just a few days after Anya’s mother died, Julia was assigned to be Anya’s CASA volunteer/mentor. Julia and the CASA staff became very involved in Anya’s case. Anya was a thirteen-year-old, grieving the loss of her mother, living with strangers, fearful of her father’s re-introduction into her life and his petition to gain full custody of her, and begging to be allowed to return to Spain to live with her grandparents and relatives.

Julia and the CASA staff coordinated all aspects of a funeral and cremation for Maria, arranging for a local funeral home to provide the services at no cost. That was just the beginning of the support that CASA provided for Anya.

CASA was proactive in finding a licensed foster home where Anya would be able to continue attending school in Morristown. Julia worked closely with the Case Worker and Law Guardian to have Anya attend counseling and bereavement support services. Anya was able to receive a cell phone in order to communicate with her relatives in Spain several times a week. Julia even took Anya shopping to purchase a formal dress for her 8th grade graduation dance.

Julia was by Anya’s side throughout court hearings and mediations with her father. The permanency plan from DCP&P was to have Anya reunified with her father. However, weekly joint therapy sessions were not making progress in alleviating Anya’s fear of her father or of working toward a positive relationship. CASA’s permanency plan was to allow Anya to complete her school year at Morristown High School and then to return to Spain and live with her relatives.

After two years of court hearings, mediations, and therapy, Anya’s father agreed to joint legal custody with her grandparents, with physical custody granted to them in Spain.