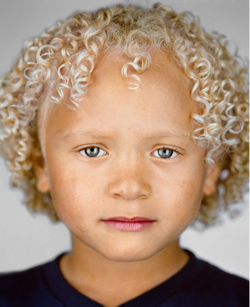 Brian, who was born with cerebral palsy, was 5 years old when Ellen was assigned as his CASA volunteer. He had been removed from a substance-abusing teenage mother, and was in his third foster home. Brian's mother was struggling with her addictions and did not have any support from family and friends. She had been kicked out of three substance abuse programs and the Department of Child Protection and Permanency (DCPP) made a decision to cease all efforts to reunify mother and son. Accordingly, DCPP prepared to start the process to terminate parental rights and work to find Brian a family who was able and willing to handle his special needs.

Throughout her relapses, Brian's mother truly loved her son and was trying to comply with the visitation plan, parenting classes and appointments that DCPP was requiring of her. As a last chance for reunification with her son, Brian's mother entered an intensive rehabilitation program. She became motivated and determined to make it and be able to raise her son.

Having witnessed the strong, loving bond between Brian and his mother, and in light of his mother's newfound determination to care for her son, Ellen advocated strongly for reunification which was against DCPP’s plan to move toward termination of parental rights.

The evening before the trial to terminate parental rights, Ellen was told that Brian was to move to his fourth foster home the next day. She was determined to let the court know that it was in Brian's best interest to be reunified with his birth mother.

Ellen advocated strongly for return of Brian to his mother; she also assisted his mother in pleading her case to the Court. The Court ruled that Brian be sent home with his mother that day. Today Brian lives very happily with his mother who is drug and alcohol free. She works full time as a paralegal, attends college at night, and has become quite an advocate for her son. Brian had surgery on his leg (through his mother's research and perseverance) and is doing great both physically, educationally and emotionally.

Both Brian and his mom know how much Ellen’s advocacy made a difference in their lives.